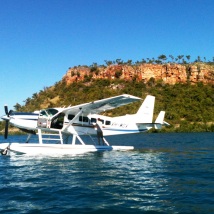 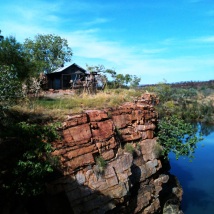 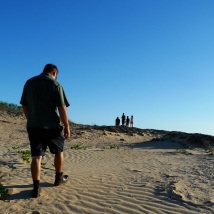 The Kimberley in remote north-west Australia is welcoming travellers with a growing network of bush airstrips and seaplane landings. Sarah Barrell goes exploring.

The remote, luxury lodges of the Kimberley are now linked by air. Sarah Barrell flies to the final frontier

I’m scanning the ground for signs of life. So far, an hour into the flight from Broome to Australia’s remote north-western coast, I haven’t seen a thing. The ground below looks unreal, like a topographical map – globular layers of browns on greens on blues, and not a settlement in sight. The land doesn’t so much end here as fragment, gradually dissolving into the sea, before puckering up again in the shape of Indonesia, the next landfall, some 500 miles away. Sydney, meanwhile, lies 2,100 miles to the south.

Australia’s Eyre Peninsula is a harsh, empty place. Yet it’s soul stilling in its beauty

There is water everywhere. It runs off the tin roofs of farm buildings in a clattering rush, making great red rivers in the sand. Our Land Rover aquaplanes, chased by bolts of lightning, as cracks of thunder fall like boulders around us.

Through curtains of rain, I can see vast, water-filled clay pans that look like permanent lakes, yet given just two weeks of hot dry weather they will burn off to dust.